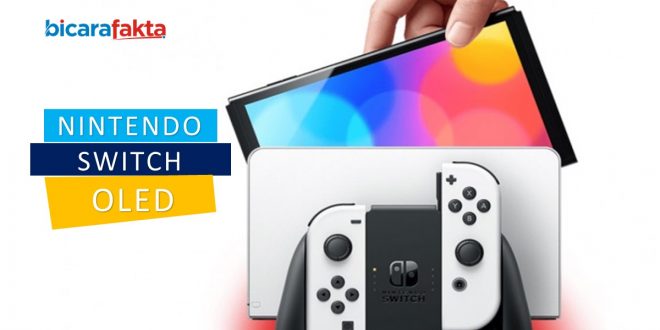 Nintendo Switch OLED | Do You Really Need One?

bicarafakta.com – Hello guys, Nintendo Switch OLED is happening right now, and on this article we gonna be giving our thoughts on the new Nintendo Switch OLED and if you should get one, let’s get into it. When the nintendo switch was first announced in late 2016, the concept was revolutionary. It went on to become the first successful hybrid device being both a console and a handheld to me. It felt like what the Nintendo Wii U was trying to be, but since we’ve personally never owned a Nintendo WII U we can’t make an accurate comparison. All we can say is: it was a revolutionary idea at the time, but the price point of USD 299.99.

That hasn’t changed since released and a growing library of games to choose from you can’t really go wrong. There’s something for everyone. Since its official release in 2017, a handheld only model, the switch light was released at a price point of USD 199.99 fast forward five years later and entered the Nintendo Switch OLED model this new model. So it’s a bigger screen, longer battery life, more internal storage, a wider kickstand for tabletop mode and even a LAN port for a more stable connection when playing online.

But only when docked and connected to a TV. If you’re in handheld or tabletop mode, you still have to rely on wireless for online play. The Nintendo Switch OLED starts at USD 349.99, USD 50 more than the base model and USD 150 more than the light and is available for pre-order right now. If you’ve never owned a switch before and want to know what all the hype is about, or if you’re looking to upgrade from your current switch model and take advantage of some of the new features on the new one, then the Nintendo Switch OLED may be for you. Otherwise, we don’t see much of a reason to switch your switch pawn very much intended as long as what you have is working for you.

TRENDING:  Take a Look at The Picture on WhatsApp Without Opening a Chat

So, that is our thoughts about the new Nintendo Switch OLED. Do you really need one? See you in the next articles.